Occasional cyclo-ramblings from a glorious corner of south east France

I’ve definitely worked out that James likes hills, so a link from Alan Wesson to a Guardian article mentioning the Col de la Bonette as one of the ten best rides in the world hatched a plan to ride it. James needed no convincing.

The col itself is the second highest in Europe, at 2715m, but a sneaky loop of the little bit of mountain at the end, the ‘Cime de la Bonette’ takes the road up to 2802m, therefore taking the title of the ‘highest paved route in Europe’.

We reined in our ambition for a 100-mile circuit into Italy, and instead decided to do the col twice, riding over from Barcelonette to St-Etienne-de-Tinée for lunch, and then returning in the afternoon.

I’ll let the photos do most of the talking, but I’d not argue with the Guardian on this one: I can’t imagine many routes being more wonderful than this. (If you’re inspired to do it yourself, and have the fitness and stamina, do do the double ascent: most riders just ascended from Jausiers and returned, but the road to St Etienne is not to be missed either.

All in all, about 75 miles and 10,600ft of climbing, starting from Barcelonette. A truly grand day out. 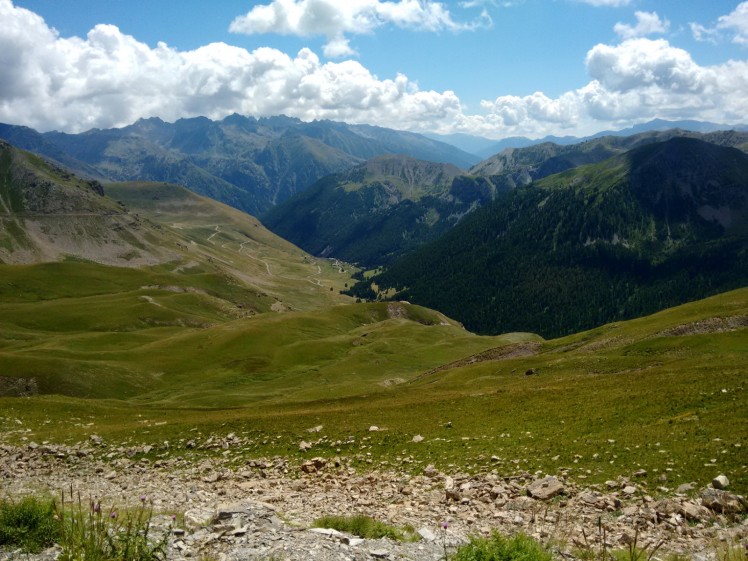